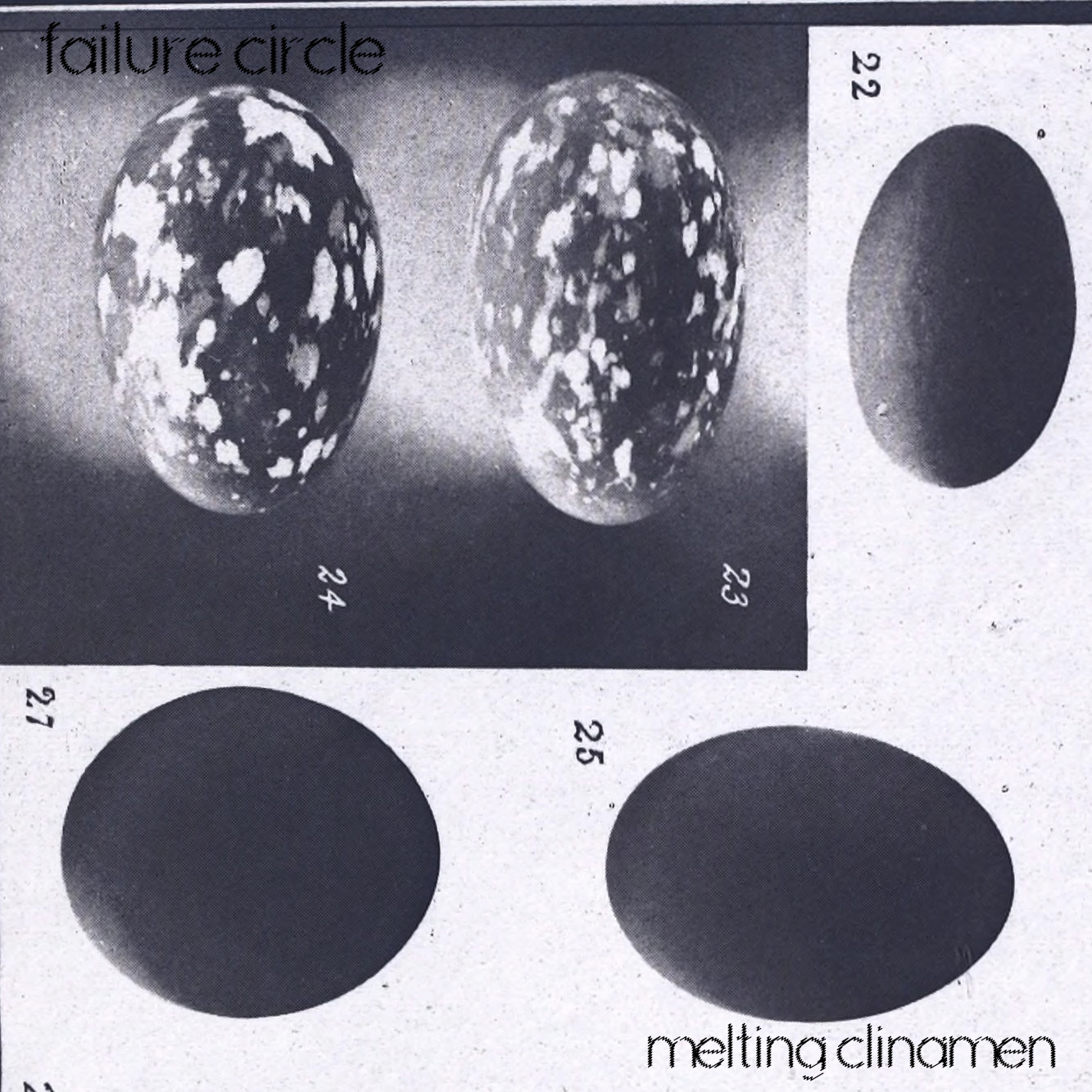 Melting Clinamen was born from a small deviation from the methodology used by Failure Circle in this serie of compositions Frozen Clinamen that normally uses only sounds recorded while no human intervention is applied to the used set-up ( no-input mixer most of the time). The creation of the first track of this album followed the same rules - except that it used a recording that features some little changes created manually (this sound can be heard between 3min11 et 12m06). This is also the first release in which Failure Circle doesn't use a no-input mixer but a semi-modular analog synthesizer, the Neutron by Behringer, with no effects except its built-in ones. Another notable difference with the past volumes lies into the way the material has been edited & mixed. The other track of the album (Frozen Clinamen #2M) follows more strictly the Frozen Clinamen serie, but all sounds were also created with synthesizer. Thus, Melting Clinamen is and isn't part of the Frozen Clinamen serie.

Methodology of the Frozen Clinamen serie
step (1) Tweaking the set-up until it produces some seemingly autonomously self-sustained sound sequences.
step (2) Stopping tweaking and recording for at least 20 minutes without any intervention on the set-up.
step (3) Repeating steps (1) & (2) several times.
step (4) Using the generated sounds as only source in a posteriori compositions. The only variations used while mixing are equalization, panoramics and volume levels.
step (5) play it at low/high volume with open/closed window while complety asleep / fully conscious.